The Underground (more commonly referred to just as "the nightclub") is a bar/club with a large stage that caters to the Avalon's many bands, owned and operated by Tim and Abbie Okypete. The club is decorated with signage from various subway stations from around the world, most notably the London Underground and New York's Subway.

Sam Hain works there as Tim's apprentice and waiter/busboy during club hours..

The club has a least two levels, the first is the main bar area and already below ground, the second is a basement level for storage and not accessable to the public.

Tim and Sam are currently constructing a tunnel that bypasses the L.A entrance with the hope that more open minded humans like Tim will come to the nightclub.

Jim insisted that his farewell party be held here, although the older members of the Avalon seem to view the establishment as kind of seedy..

The Boney Kings of Nowhere are seen hanging out here during the Exchanges Arcs, despite Tim's attempts to stop people hanging out at the club all hours of the day. 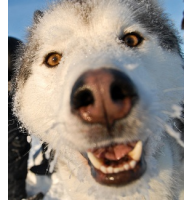 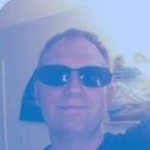