Bugganes are celtic shapeshifting water spirits resembling hairless horses with pale skin, razor sharp teeth, fins in place of hooves, and gills. They posess the innate ability to shapeshift, and can take Human form and Midforms without the use of a medallion. This is commonly done as soon a young buggane learns how to shapeshift, as most bugganes would rather not associate themselves with other horselike creatures such as kelpies, who have a reputation for drowning anyone who attempts to ride them.

The only bugganes seen in the comic so far have been the members of the Sanford family and an unnamed buggane girl inseen in the Underground. 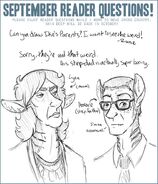 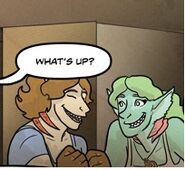